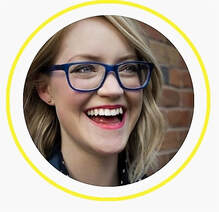 Tara Dorey is a visual artist, educator, curator and arts administrator with a focus on community-based public art.

She holds a Bachelor of Fine Art in Drawing & Painting from OCAD University and a Community Arts Practice Certificate from York University (2012) and has been working in the field of community-based public art for seven years. She has worked in neighbourhoods across the Greater Toronto Area in freelance roles on many community art and public art programs and projects as an artist, educator, organizer, arts administrator and curator. She has worked with organizations and institutions such as: Nuit Blanche, VIBE Arts, Lakeshore Arts, East End Arts, Labspace Studio, The STEPS Initiative, Toronto Public Library, OCAD U Student Gallery, and The ROM (Royal Ontario Museum). While living in London UK in 2016/2017 she worked at The Royal Museums of Greenwich and volunteered with Lewisham Education Arts Network, Entelechy Arts, Brockley Street Art Festival and Art Mongers.

Tara worked for the arts service organization Mural Routes since 2011. She was first connected to the organization as a participant of the pilot program Leadership Training in Mural Making, then mentored as an assistant and lead artist on youth and community mural projects and mural education programs. She has worked in administration as Program Coordinator (2012-2015), as Project Manager and Curator for the Toronto Mural Archive (2016-2017), and now as Program Director (since July 2018).